LIST OF ALL BLOG ENTRIES TO DATE
It’s surprising how few tributaries Yarrow Creek has upstream of the bridge at Pinkett. A search on Google Earth will allow you to follow the creek upstream from the bridge quite easily. On the left bank (facing upstream) there are a few minor tributaries, of which Rainy Swamp Spring Creek is the most interesting. See the blog on Rainy Swamp for information here. Further up there are Mt Slow Creek and Log Paddock Creek near the Mt Slow road bridge. Upstream from there Frenchies Swamp Creek is practically the only one. (See here for information.) These creeks all carry gemstones.
There are one or two right bank tributaries, but the only sizable one is Kelly’s Hut Creek which rises in the 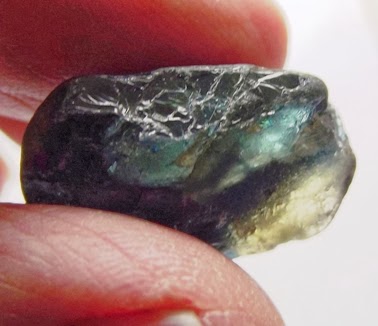 distant hills towards Guyra as does Yarrow Creek itself. This creek is crossed on the Mt Slow road about 2km before the Yarrow Creek bridge. There is no signpost, however.

The point where Kelly’s Hut Creek meets the Yarrow is not easy to locate. It is a very rocky place and it so happens that the tributary runs under a lot of boulders and is easily missed. For those who are familiar with Dwyer’s property (for a long time a popular fee-paying fossicking area), you take the tracks leading upstream as far as you can go, park near the dingo fence, go through the big hole in it and walk upstream. Kelly’s Hut Creek is on the right about 400 metres further on. 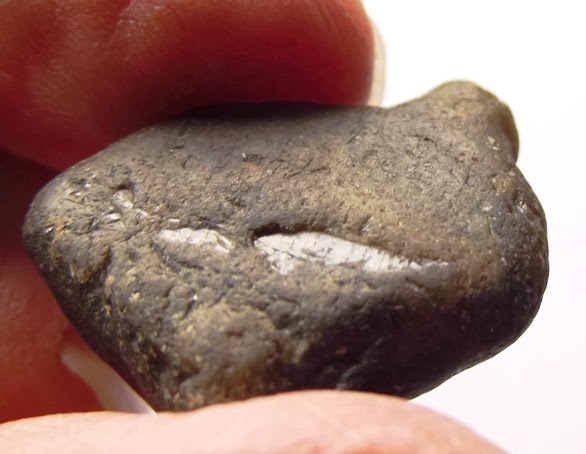 If you actually do this, you will be trespassing on the neighbouring property. All of Yarrow Creek and Kelly’s Hut Creek past the dingo fence are not on Dwyer’s property. Please note that on the various Minerama and Baptist Church Fossicking Group trips, we did have permission from the landowner but as the access track is not passable when the country is wet such outings were rare. In fact, the last of these would have been in 2004.
For about 2km above the junction there are many rocky areas. The gemstones are identical to those in Yarrow Creek, including pyrope garnets. The creek then turns at right angles and runs parallel to Yarrow Creek, though at a distance of about 2km from it. From this bend on, no more gemstones have been found. Searches of the literature through DIGS were fruitless; in fact the one reference I was able to locate stated categorically that, apart from quartz, at no point were any gemstones located. Nevertheless, the various maps showing the location of sapphire deposits in New England always include Kelly’s Hut Creek, showing the very part that I am claiming is barren to be productive and the part that we know is productive to be barren.
If you ever get a chance to fossick here I know you will enjoy it. You will also be able to verify what I have written about the place. As a guess, I think that the lower part of Kelly’s Hut Creek is probably a former course of the Yarrow, though just how this came about I can’t work out. The presence of garnet in the alluvium (found only in the Yarrow and some of its tributaries) implies that at some point in time a source of garnet must have been somewhere upstream. The geology of the catchment area of Kelly’s Hut Creek today suggests that this is unlikely. If someone unravels this mystery one day I will be glad to correct any errors in what I have written here.
You will find my gem hunting videos here. I have three other video playlists on the Blue Mountains, Glen Innes and New Zealand. 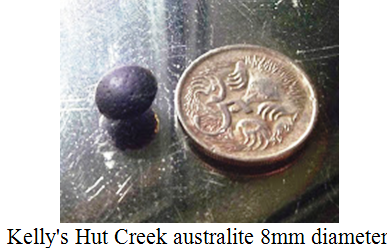 Posted by Geology and Blue Mountains Walks at 02:19 No comments: