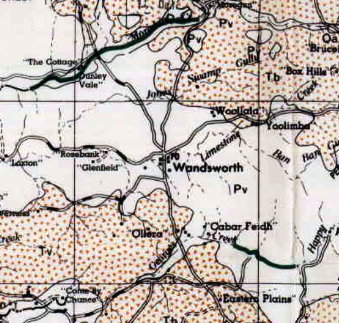 Over the years we’ve followed up suggestions, leads, hints – whatever you like to call them – about places where sapphires might be found. Jones’ Swamp (Creek or Gully) 3km north of Wandsworth on the Guyra to Inverell road was one of these. We only went once, because it was obvious that we had far better places to fossick than this. Nevertheless, it wasn’t a total failure and it would appear that there are still possibilities there.
The site is one of the original declared fossicking areas of the 1970’s, No. 39 to be exact. I used to have the map that the Mines Department distributed, but that has gone missing (actually, to my good fossicking mate from Glen Innes, Captain Mendoza and then only last year, if I remember rightly). The place is on the left as you travel from Guyra and it is (surprise, surprise) basically a swamp. In 2003 that bothered me more than in later years; our experiences at 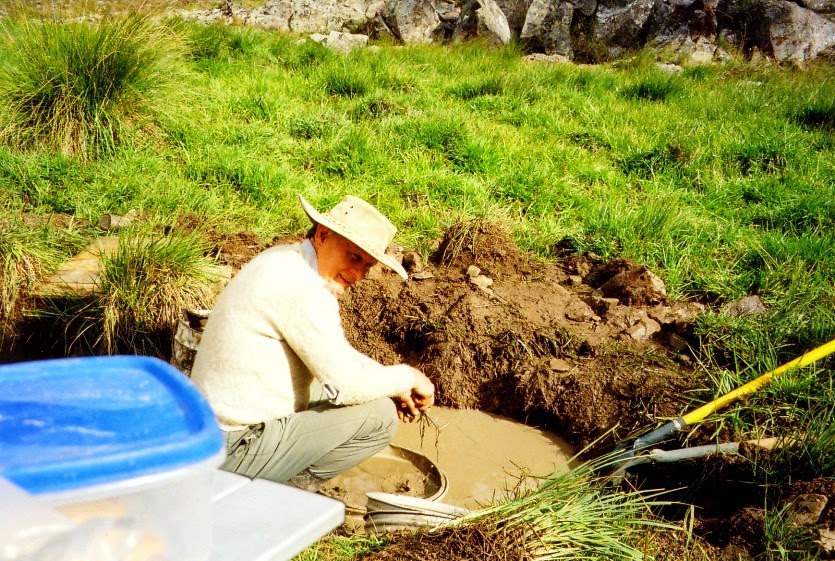 Rainy Swamp and Pretty Valley proved that sapphires are sometimes found in swamps.

Brett Brown visited the spot and we went out with him the following week. (Brett and Jenny used to run the Cathedral Gallery at White Cliffs.  Brett had found some typical sapphires and zircons, some of reasonable size, so it seemed promising.
As it turned out, the combination of swamp, winter and a shortage of water where it counted somewhat limited our fossicking, but I can confirm that there are gemstones there. We found no cutters, but that
doesn’t mean you won’t.

Here are some more pieces of information. According to Wwoofa (Australian Lapidary Forum thread on fossicking localities) the GPS co-ordinates are 6675680N 56356174E. There used to be a photograph there, but it’s been deleted to make more forum space. I don’t think it showed more than the bridge. Turn left at the bridge along a track. This is a broad travelling stock reserve, mostly barren granite country with swampy alluvium along the watercourse.
Two related reports concerning an Authority to Enter issued to Amsil Sapphires Pty Ltd in 1974 can be found in DIGS. The reference numbers are DIGS MR06260 and  MR06259 . Basically, the reports indicate that the creek does have good potential (see the extract) but you need to remember that this report is on another part of the creek. Furthermore, there might have been actual mining on that spot in the years after 1974.


The map portion (from a map issued in 1972 with the Records of the Geological Survey of NSW, 14 part 1 – DIGS reference Records 14(1)), shows that basalt is widespread in the district (normal for sapphire deposits) with the country rock being granodiorite. It also reveals that both Moredun Creek (north) and Georges Creek (south) are sapphire bearing. You could try checking these localities in DIGS. Maps might also reveal other public access places along these three creeks worth investigating.
My You Tube gemstone playlist is here. I have three other playlists - the Blue Mountains, Glen Innes and New Zealand.


https://johnsbluemountainsblog.blogspot.com/2013/12/links-to-all-blog-entries-and-relevant.html All Blue Mountains blogs and videos
https://johnsnewenglandminerals.blogspot.com/2013/12/list-of-all-blog-entries-to-date.html
All New England and other Geology blogs and videos
Posted by Geology and Blue Mountains Walks at 23:14 No comments: