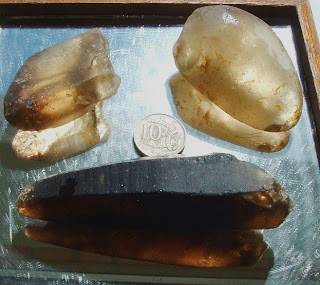 Quartz crystals turn up in the wash at Pretty Valley all the time. Many of them are hardly waterworn; the occasional piece is. The majority of the schorl tourmaline and topaz is hardly worn either, and together these represent a suite of minerals which has a different origin from the sapphire, zircon and black spinel.


We can speculate all we like about the origin of the second group of minerals, which have no doubt come from a basalt source somewhere not far distant. The origin of the first group is probably the Kingsgate-like pipes which occur on the hill to the north-west. It is possible that the topaz and tourmaline have another source as they are not typically found with quartz at Kingsgate. 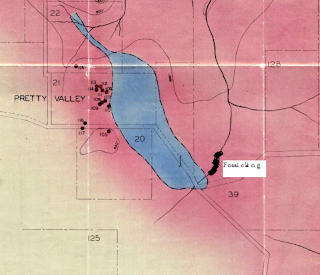 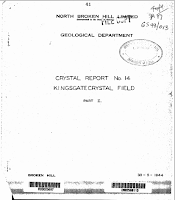 The reference from which the map is derived is titled “Crystal Report No.14 Kingsgate Crystal Field (Part 1)”. The DIGS reference is GS1943/013. It is part of a group of reports relating to the search for quality quartz crystals during World War II. If there is a Part 2, I haven’t found it yet. 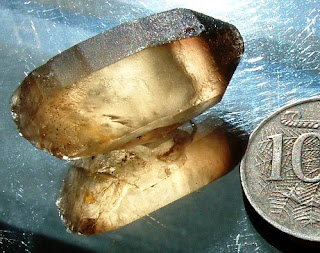 From the map it would be reasonable to assume that there are other, undiscovered quartz pipes upstream from the fossicking location since the pipes shown are over the hill in the drainage area of a tributary of Bladey Grass Creek. This stream comes in on the western side some distance downstream from the fossicking location and it is likely that it too will be carrying quartz crystals. It’s not likely that the sapphire group of gemstones will be found in that creek, but you never know until it has been checked out.


As has been reported in an earlier Blog entry, there is a little gold in Bladey Grass Creek and several times I have been told of pieces of a green gemmy mineral, probably tourmaline, being found there. If anyone turns up something unusual there, let us know by way of a comment here. I need to remind readers that this is private property and that trespassers (poachers or thieves) are certainly not welcome. Enquire through the Australian Lapidary Forum (ALF) if you would like to visit this fascinating place.


You can experience gem hunting around Glen Innes through my You Tube site until you pay the area a visit. Click here . Several videos deal with Pretty Valley. For related Blog entries on Pretty Valley, use the search box at the top of the page.
I also have playlists on the Blue Mountains, Glen Innes and New Zealand. 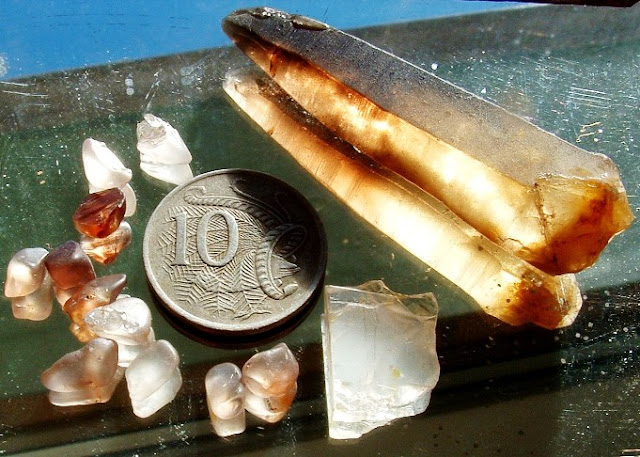 Posted by Geology and Blue Mountains Walks at 22:10 No comments:

Minerama is an annual gem and mineral show, held since 1990 in the NSW country town of Glen Innes. The district is celebrated for its gem and mineral deposits, which bring thousands of people to the town every year on gem hunting trips (fossickers is what we Aussies call such people, and I’ve been one of them most of my life).

The event is a natural outcome of the district’s mineral wealth. Not only do traders fill the auditorium of the town’s Services Club and overflow onto the adjoining parklands but hundreds go out into the countryside on organised trips. The combination is an excellent one and Minerama is reputed to be the largest annual event of its type in the state.


In the early years, Minerama was held at the town’s showground but relocated to its current site in 2000. Another feature of those days was the publication of an annual mineral booklet. Copies of these can be freely downloaded from the Australian Lapidary Forum (ALF) website. Details of how to do this can be found here .


Further information about Minerama (including how to reserve a trading site) can be found at these sites: Glen Innes Tourism (here) and Minerama (here)
Note: Minerama has now returned to the showground.
Why not join the enthusiastic crowd who come to Glen Innes each year for the second weekend in March? I’m sure you will be back again the next year if you do, and maybe in between for the rich fossicking opportunities the district has to offer.
You can experience fossicking around Glen Innes through my You Tube website here. I also have playlists on Glen Innes, the Blue Mountains and New Zealand.

Posted by Geology and Blue Mountains Walks at 03:58 No comments:

As a gemstone producing location, Rainy Swamp is unusual in several ways. Firstly, the place 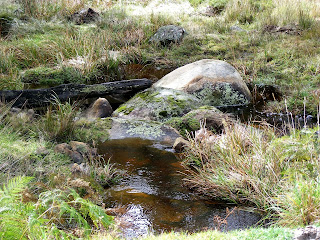 is not shown on any of the maps depicting sapphire localities and secondly the wash does not appear to be derived from any source nearby. In fact, I would suggest that the gems are being recycled from remnants of an old stream bed a little above the level of the present day swamp. Conversations with people who mined here 40 years ago confirm that the wash horizon could not be traced further upstream around the edge of the swamp.

Furthermore, everything points to a different source from that of the gemstones in Yarrow Creek (into which Rainy Swamp Spring Creek actually flows). The percentage of cutters is lower, the zircons are a different shade of pink, there are no garnets and there is an abundance of schorl tourmaline. Quartz crystals are frequent and topaz is found occasionally. If anything, there is a strong resemblance to the mineral assemblage in Back Creek, the next stream to the south. I would venture to suggest that the Rainy Swamp occurrence is a remnant of a former course of Back Creek. 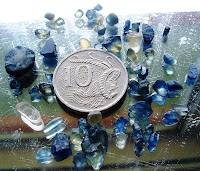 The bulk of the material found at Rainy Swamp seems to be miners' waste, though there have been pockets of untouched wash found in less accessible places. It is a very rocky area and the best stones have been found underneath the many granite boulders.


Most fossickers enjoy Rainy Swamp because there is always something to be found, whether it be just a few small sapphires and zircons, some nice quartz crystals, chunks of black tourmaline or the elusive piece of topaz.


An article appeared in "Gold Gem and Treasure" magazine in September 1999 called "Summer Fossicking in the Ranges Around Glen Innes". Although the location is not named (naturally) it is Rainy Swamp. What is described is a part of the old lead which the miners must have missed. Unfortunately, on our many visits we have been unable to find a similar spot due to the disturbance of the hillside since 1999.
Check out my gem hunting videos from around Glen Innes here . I also have playlists on Glen Innes, the Blue Mountains and New Zealand. Videos on Rainy Swamp fossicking may be found here  and here. 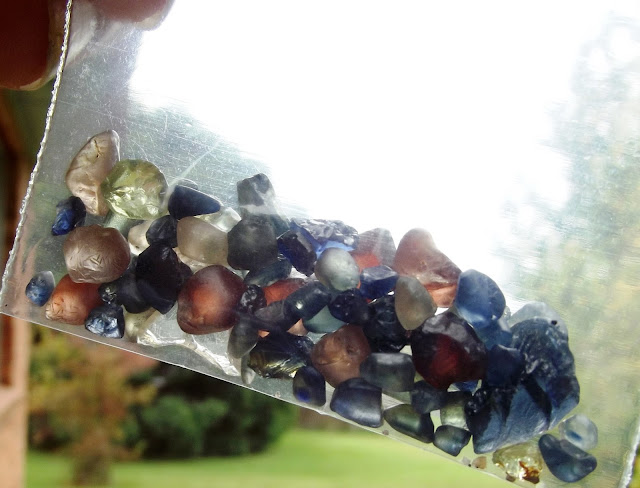 Posted by Geology and Blue Mountains Walks at 17:52 2 comments: